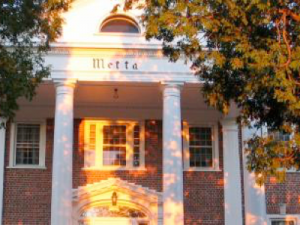 It has been two years since I sat a regular retreat at IMS. During the ISPP year, I spent study retreats at the BCBS Farm House down the road, did two self retreats at home (see “Beagle Retreat” on the writing page) and discovered the deeper quiet of the Forest Refuge. Now I was back to sit with Steve Armstrong and Kamala Masters and 100 other new and old students of theirs. I felt that I had a lot of momentum from the sesshin in June, and was looking forward to the familiar schedule and energy of Steve and Kamala, and the quiet that I had missed at Chapin Mill. Yes, yes, be mindful of any expectations that come with you to a retreat – it will most certainly be different than anything you can imagine!
The weather was beautiful, hot, but not unbearable; I actually got assigned a single room, and was delighted when Kamala and Deborah used white water rapids and river imagery in their teaching to complement my Middle Fork memories. I opted for the monastic schedule of no solid food after the noon time meal. Over the years, IMS has added richer and more substantial fare for what was originally called “afternoon tea.” Now hearty soups and fluffy home made breads beckon, but I know that they just make me dull and groggy for the evening sittings. Grape juice in the afternoon was surprisingly delicious, refreshing and satisfying. Actually I ate less and less as the week went along. Mindful eating makes you feel full faster, or at least you notice it before you eat more than you really want.
I struggled with some sleepiness the first few days, and my hip ached a bit and my legs fell asleep occasionally. Could I be missing the stick? More troubling was the comparing mind which noted every difference from the Zen experience, and chattered on energetically.

I also recognized a familiar drama reemerging from a retreat five years ago: Helping out in the kitchen before a work retreat, I had met a staff member who energized and inspired me. He had gone to Harvard, and said he wanted to go back to help share this practice with the undergraduates. It was actually that conversation which motivated me to offer mindful musician classes at Princeton in reading period, and move in the direction of more leadership and teaching with our Monday night sitting group. Five years ago I observed myself looking for him all during the retreat, and suffering from the craving. I never saw him when the retreat was over, but now five years later, there he was, and so was the craving. Also swirling around was the familiar rehearsing for teacher interviews. I wanted to tell Steve about the sesshin and figure out what the differences were in this approach and that. OK, ok, this was plenty of good stuff to work with for this retreat.
I’ve heard this many times at this point, but maybe it sank in a little deeper this time – it doesn’t really matter what your experience is: what matters is your relationship to it. Steve told me in our interview group that it didn’t matter if I noticed things in tiny detail, or in broader strokes: what mattered was the continuity of attention. Kamala said in another group meeting that it didn’t matter if you had difficult experiences or rapturous, transcendent experiences: they were just different states that come and go like everything else, to be seen and let go of. At one point, I passed Susan O’Brien in the foyer and her smile filled me with an expansive joy and sweetness that lasted through the whole next sitting and hours after. I saw that state come and go along with everything else.

One of the most interesting moments of the retreat came on the last morning, after it was officially over. I chatted with two women who sat in front of me in the hall who had been to the 3 month retreat last fall. Their dedication and strong concentration had inspired me all week long. I asked them what the difference was between their experience in a 9 day retreat and during the three months. They both said that in 3 months, you can relax and settle into seeing whatever comes and goes because you know you have plenty of time. The pressure to achieve some particular state dissolves over time, and things are just what they are. This seems like a significant contrast to Zen, where you only have 7 days, and there really is a palpable pressure to have a certain experience within that time. Yet, what you see ends up being the same – things just being as they are. It’s different…it’s the same……hummmmmm, so interesting.