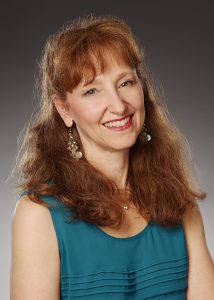 Martha Elliott has enjoyed a rich career of performing, teaching and writing. She has performed a wide variety of repertoire and styles including avant-garde contemporary music, opera, chamber music, jazz and baroque music with period instruments. She has toured all over the world with the new music ensemble Continuum, performing in New York City, South America, Europe and Asia as well as throughout the U.S. She has worked with over 50 composers on their new works, and been critically acclaimed for her performances of Pierrot Lunaire, and music of John Cage, as well as for the role of Miranda in the world premiere of Peter Westergaard’s opera The Tempest.

She has also presented world premieres with the Princeton University Orchestra on tour throughout Eastern Europe and the U.K. She is a member of Philadelphia’s Network for New Music and has appeared at the Philadelphia Fringe Festival as well as New York’s Knitting Factory and Sonic Boom Festival. She is featured on the CD Geenyoch, music of Jennifer Margaret Barker, which was nominated in 2005 for three Grammy awards, including best new piece, sung by Martha Elliott.

She has performed at the Marlboro Music Festival, as well as the festivals of Tanglewood and Aspen, and with the symphonies of Atlanta, New Jersey, Jacksonville and Vermont. She has also performed with the Odessa Philharmonic in Ukraine. She has been heard in chamber music and recital at Trinity Church in N.Y.C., and the Library of Congress, as well as in Boston, Los Angeles, San Francisco, Washington, Philadelphia, Providence, Moscow and Princeton. She has appeared with the Philadelphia Chamber Orchestra, Philadelphia Chamber Music Society, the Chamber Music Society of New Jersey, and the Richardson Chamber Players, collaborating with such artists as Ignat Solzhenitsyn, the Brentano Quartet and members of the Philadelphia Orchestra.

She has sung Baroque repertoire with Concert Royal, the Oberlin Baroque Performance Institute, the New England Bach Festival, the Westminster Choir, Princeton Pro Musica, the Streicher Trio, and the Baroque Soloists of N.J., which she co-founded. She has been featured in live radio broadcasts on Public Radio from the June in Buffalo Festival, on Performance Today, and in CBS “Sunday Morning” profiles of Blanche Moyse, and George Walker.

In opera and concert she has performed with the Boston Opera, Pennsylvania Opera Theatre, Aspen Opera Theatre, Opera Festival of New Jersey and Princeton Opera Theatre. Her roles include Mozarts’s soubrettes, Strauss’s Echo in Ariadne auf Naxos, and Humperdink’s Gretel. She also sang Marzellina in the American stage premiere of the original version of Beethoven’s Fidelio, first mounted in 1982 at Princeton University and then brought to Alice Tully Hall by the Beethoven Society. Her concert repertoire includes major oratorios, Symphonies 2 and 4 by Mahler, and Beethoven’s 9th.

Her book Singing in Style: A Guide to Vocal Performance Practices was published by Yale University Press in 2006 and is currently available in paperback. The book has earned praise from soprano Dawn Upshaw, countertenor and opera director Drew Minter, and others, and has been widely used throughout this country and the U.K. She has presented talks, workshops and master classes at the National Association of Teachers of Singing National Conference in Nashville, The NATS Winter Workshop in Atlanta, the National Early Music Association Conference on Historical Vocal Performance Practice at York University, in the U.K. , New Jersey Opera Theatre, Smith College and elsewhere. She has had articles published in the Journal of Singing, and a chapter included in the book Teaching Singing in the 21st Century.

Graduating with honors from Princeton University, she went on to receive a Masters from Juilliard, where she studied with Ellen Faull. She worked with Jan DeGaetani at Aspen, Phyllis Curtin at Tanglewood, and George McKinley in Philadelphia. She spent over 25 years as a cantorial soloist for the Jewish High Holy Days in R.I. and Kansas. Before coming to Princeton, she spent summers at Interlochen singing Gilbert and Sullivan, and summers on Cape Cod doing musical theatre and sailing. She has been teaching at Princeton University since 1985 and is married to conductor Michael Pratt. They have a daughter, Emily and a Springer Spaniel, Louie.