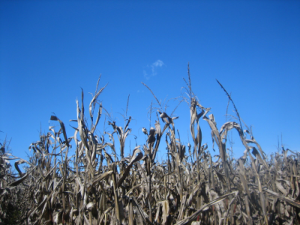 Taking Peggy’s advice, I didn’t sing much the last few days before flying to Kansas for Rosh Hashanah. My flight was late getting in to Wichita and I was exhausted by the time I finally got over to Tony’s apartment for our rehearsal. I had gotten into a conversation with the interesting woman sitting next to me on the plane while our flight was delayed in Chicago. Halfway through the flight I realized I shouldn’t be talking at all, let alone over noise. So at our rehearsal, which felt like 9:30 pm to me, my voice felt really dry and tired and I didn’t really sing at all. I spent the whole next day working at my computer in my hotel room. No fun outings, no sitting by the pool, just drinking lots of water and trying to find low acid food to eat. I had a quiet dinner with Marcia Solomon at her retirement community. We went to see Buz, who didn’t recognize me at all and seemed to have deteriorated significantly since I saw him a year ago. Marcia did most of the talking which was easy for me. Miraculously, the service went pretty well, and my voice felt OK. I used the mic a lot, but mostly enjoyed myself singing. What a delightful surprise. The next morning, which always feels like the most demanding service, with the longest stretches of continuous singing, my voice started out a bit gunky, but seemed to clear up as the service went along. My low notes were a bit weak by the end, but over all, I felt comfortable singing and the high notes in Avinu Malkeinu and Unetaneh Tokef even felt good. I don’t even want to imagine what it sounded like – everyone I talked to said I sounded the best ever. OK, fine.

Back home for the in between stretch, I vocalized a bit every day, and only sang through one or two pieces here and there. I had a few long and tiring teaching days, but tried to take it easy over all. Travel back to Wichita for Yom Kippur was uneventful after a nightmare mess in Chicago on the way home the week before. Once again, I hardly sang at our not-quite-rehearsal the night before Kol Nidre, and I took it easy the day of the service. Despite a few high things coming early in the service, my voice held up decently. I put more energy into the general expressiveness and didn’t worry too much about vocal technique. I was amazed that I made it through the long day on Saturday without too much struggle. Last year it had felt like a lot of hard work. This year, I got to the end and was pleasantly surprised that I hadn’t hit a wall or gotten discouraged. For the past few years I have added a phrase to my daily metta practice – “may I sing with ease and joy.” At some point in the service, I realized that that was what I was doing.