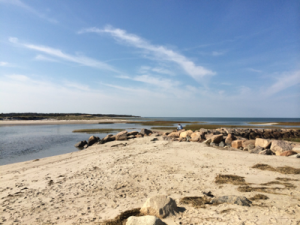 Our travels over Fall Break accomplished a number of things, all having to do with the heart. We started out in Barre at the Barre Center for Buddhist Studies. Remember when I went to seshine with Michael? (see the blog entry from June 17, 2012) Well, he was finally making good on his part of the bargain – to come to something at IMS with me. OK, this was only a three day workshop at BCBS, not quite the same as a seshine in Rochester, or so we thought. It turned out to be a very powerful weekend with John Makransky, a Tibetan Lama/Religion Professor at Boston College, teaching Dzogchen heart practices. I really needed something like this after the retreat last spring sort of derailed my metta practice. The timing was perfect and Michael loved everything about the weekend. I relished sharing my beloved Barre with him, and we stayed over an extra night so we could walk all the trails in the woods in glorious New England fall splendor. We even snuck into the evening dharma talk at IMS – no, we actually had permission, but it felt like sneaking because the 3 month retreat was at the mid-point and everyone looked very very soft and quiet. It was actually incredibly moving to watch them all come into the hall as we sat in the back. I never get to “see” that when I am part of the retreat. Michael was overwhelmed with the power of it. Monday morning we sat together alone in the hall at BCBS as the sun rose in the east windows. It was indescribably sweet.

After breakfast we set out for Providence and the Temple Beth-El cemetery. It took less than two hours to get there. They were expecting us for the “unveiling” of my dad’s grave marker and had it all ready, covered with a piece of cheese cloth. It was another beautiful Fall day – or bee-u-tee-ful as my dad would say – and Michael and I took some pictures and said our own informal prayers. We lingered for 20 or 30 minutes and enjoyed the power and sweetness that was still with us from the weekend and offered it to my dad. Then we drove into Providence, walked around Thayer Street for a while, and met our friend Paul Phillips, conductor of the Brown University Orchestra, for lunch at Andreas. What a trip down memory lane.
After a leisurely meal and great conversation, we finally hit the road and headed for the Cape and three nights at the Captain Freeman Inn in Brewster. We had stayed there ten years ago for Nicole Pantos’ wedding. I remember watching coverage of Hurricane Katrina on TV as we prepared for the festivities. Since then the Inn has changed management. The new owners have done a great job restoring the place, and it was elegant and comfortable. The weather was mild and sunny, and the roads and stores were quiet and empty in the off season. We did all our favorite things like walk on the bay flats at low tide, shop at Lemon Tree and eat fried clams and chowder at the Eastham Lobster Pool. We also discovered the Fort Hill area – how have we never walked these beautiful trails before?!!! – and visited some friends from IMS who have a B&B in Welflete. They showed us another little corner of the Cape we hadn’t known. More sweetness sharing these things with Michael and creating new, pleasant memories of the Cape.

In the middle of all this was the Dalai Lama’s visit to Princeton on Tuesday. We had been offered special tickets to the event, but decided instead of rushing back, we would watch the morning public talk and afternoon session with students streamed live on the PU web site. We finished our delicious breakfast, set up several devices just for backup, and settled in to watch the show. We took a break for lunch and got sandwiches at the Brewster Market and ate them on the front porch. HH was his usual radiant giggling self. It was challenging to hear him, and people who were at the event live said later that you could probably understand more listening online. In any case, it was moving to see him wearing a Princeton Cap and hugging students and faculty whom we knew. We also felt a surge of mudita for the students who were getting this opportunity to be near him. For us, our hearts were full of love and compassion, the teachings in Barre, the cemetery in Providence, the new and old memories on the Cape, and our gratitude for the dharma and being able to share it.